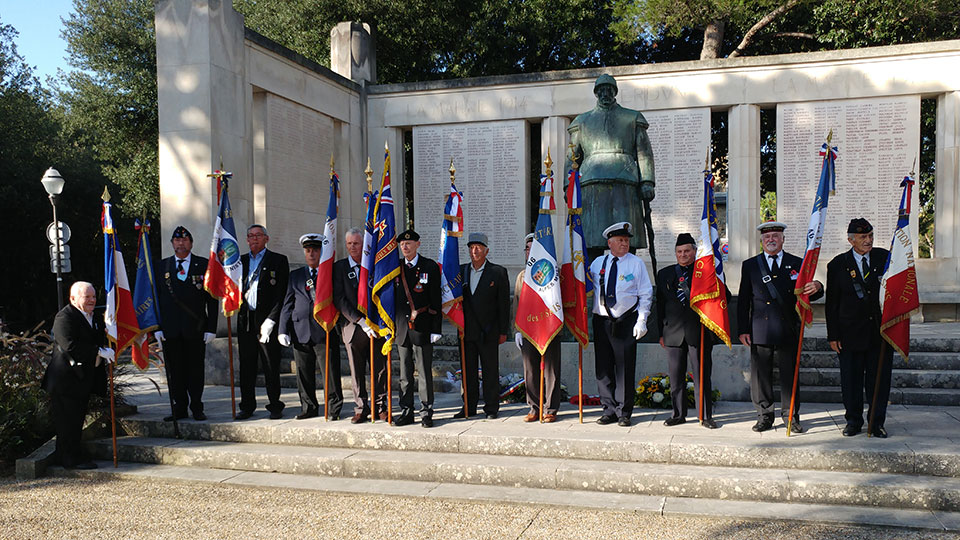 I was joined by Don James, former BNTVA Standard Bearer. Don and I have been to every AVEN Conference together for the last six years, Don’s wife Christine is invaluable in helping with the translation especially when it comes to sorting out speeches. Luckily this year we were joined by Céline Houdoin who aside from representing the offspring of French Veterans is also a great English speaker.

It was rather a long march to their cenotaph and the band set a good pace. The weather was very sunny and after the remembrance service, Don and I dropped into a pavement cafe for a little light refreshment.

We were surprised by the arrival of Yann Cambon as we had not seen Yann for a few years so we had quite a bit to catch up on.

Yann was the first French veteran to make contact with the old BNTVA, this led to Jean-Luc Sans and Yann coming across to the conference in Bournemouth and the beginning of our long association. It was a good conference and the evening meal was preceded by an impressive display of Polynesian dancers. 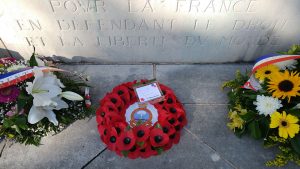 I am pleased to remain a part of the international community through OBSIVEN, there is so much more we can achieve for our communities by sharing and communicating.

In the UK OBSIVEN operates with no funding, all expenses are met by individuals or the organisations they represent.

I always enjoy going to the AVEN Conferences as I have made many friends amongst their veterans and supporters, in the past I represented the BNTVA but now I represent the entire British Nuclear Community, a task I am proud to undertake.

Jean Luc Sans talks to Exposure about his time with AVEN and his plans for the future. 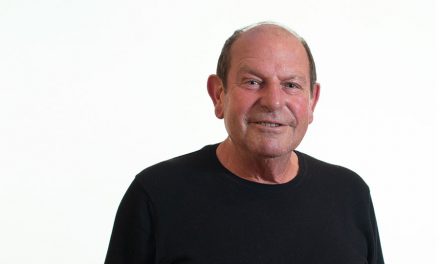